The smartest ‘new build’ on the block

Edwardian photos of Elm Bank Mansions reveal the original frontage with tall piers and scrolled rails, which survived until the 1970s.

Elm Bank Mansions was built in enterprising times. In 1906, when the first bricks were laid down, the first motor bus took to the Terrace, running a fast-track shuttle to the West End. Meanwhile, just around the corner, Elm Bank Gardens was filling up with the first of more than 40 smart ‘new builds’ during a rapid spate of urban expansion across Barnes.

Along the local riverfront, too, a building boom was sweeping down from the capital, inspiring a run of fashionably tall apartment blocks that lined the boat race lanes from Hammersmith to Richmond. If maps of the time had been coloured, they would have turned from green to brick, as centuries-old meadows and market gardens were overlaid, row upon row, with the red-roofed houses of modern suburbia (see map slider here).

During an unprecedented spate of urban expansion, from 1901 to 1911, the population of Barnes rose by c.71 per cent, with a parallel rise in housing, graphically illustrated by these two plans, from 1894 to 1919 (digitally enhanced).

SIGNS OF THE TIMES 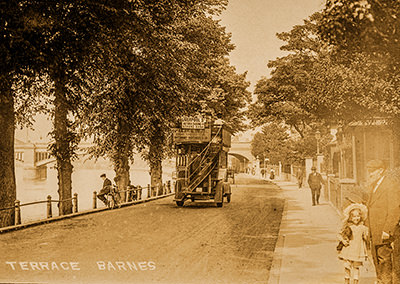 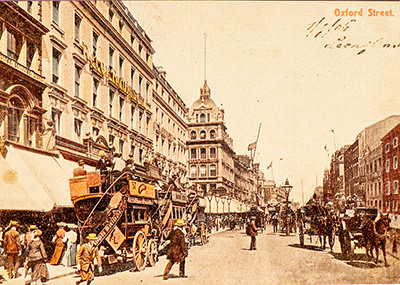 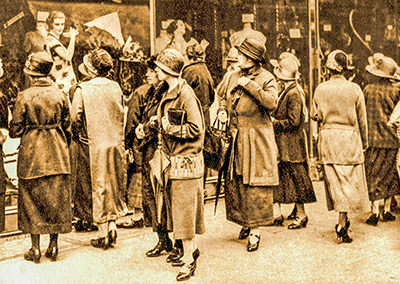 Barnes’ first motor buses took to the Terrace in 1906 with a hail-and-ride shuttle to Camden Town. Within a decade, electric rail brought the buzz of the capital ever closer. >> The no.9 rolls down the Terrace, 1900s. >> West End shoppers and diners, 1900s–20s.

By Barnes Bridge alone, more than 80 new builds appeared within the space of 15 years, from the mid 1890s to 1910s. By far the most ambitious – and certainly the highest – new build on the block, Elm Bank Mansions was designed at the height of England’s first major flat-building boom. The trend, based on Parisian appartements, had caught on in central London after the success of Albert Hall Mansions in the 1880s. The so-called ‘flat craze’ soon rippled out from the capital to market villages in the Thameside suburbs. Along the local embankment, Elm Bank Mansions paved the way in 1906–07, followed by the Castlenau, Castleton and Riverview cluster by Hammersmith Bridge in 1909–13. 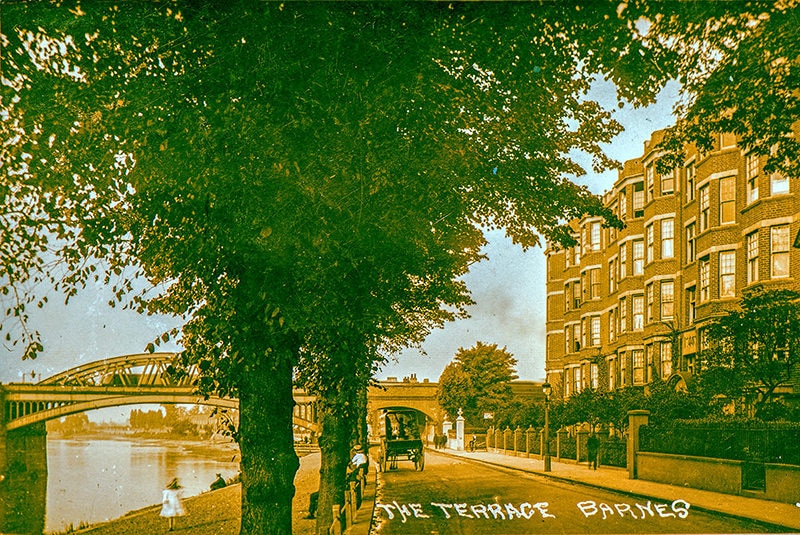 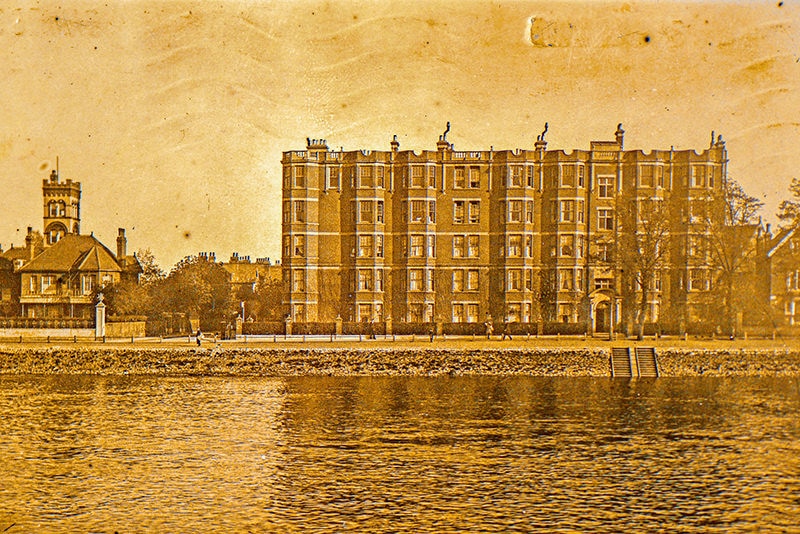 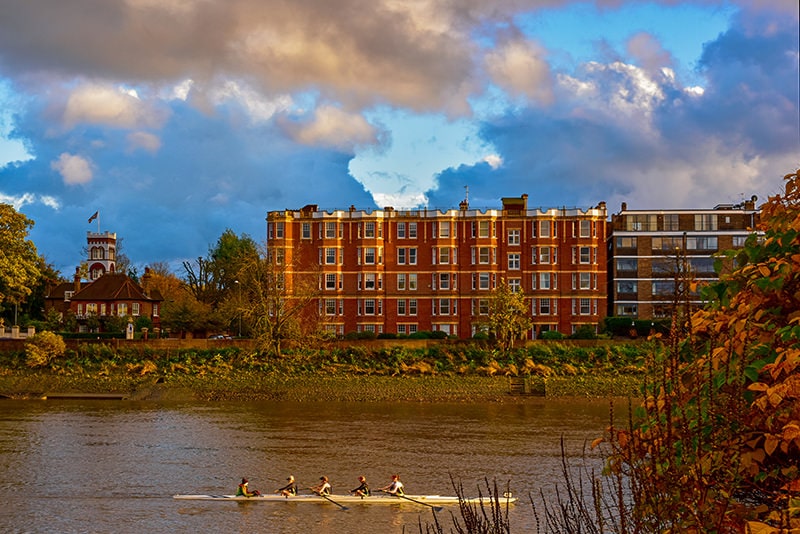 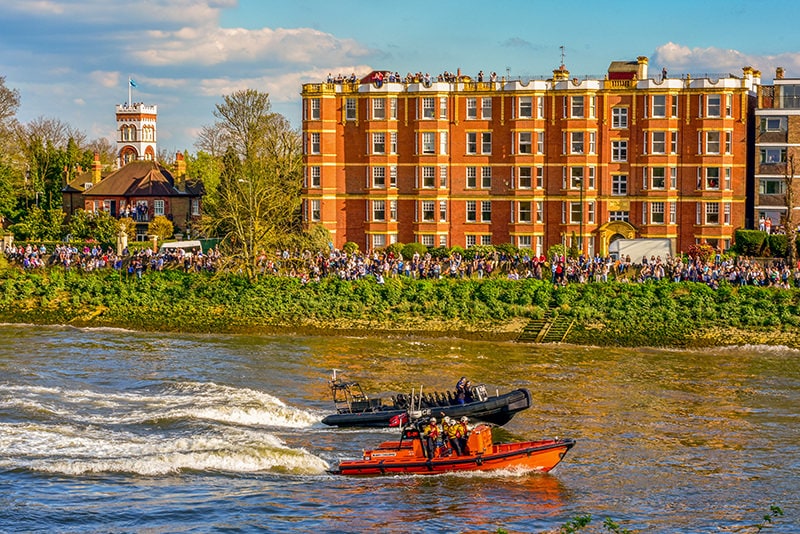 >> The first ads of 1907 extolled Elm Bank’s ‘charming river views’ and  ‘ornamental gardens’. > An early porter gazes out across the open foreshore. > Eights practise in the interwar years. > Today, the foreshore remains as busy, with twos, fours and eights drilling by Elm Bank.

Elm Bank’s builder, Robert Emerson, was entirely in step with the times. By the time he turned his mind to Elm Bank in early 1906, he had already built Kenilworth Court, Putney, downriver, and laid the foundations for Sutton Court, Chiswick, across the river. Within just seven years, from 1903 to c.1910, Emerson and his architect would create some 340 new high-rise homes along the local river loops (see Designing Elm Bank). 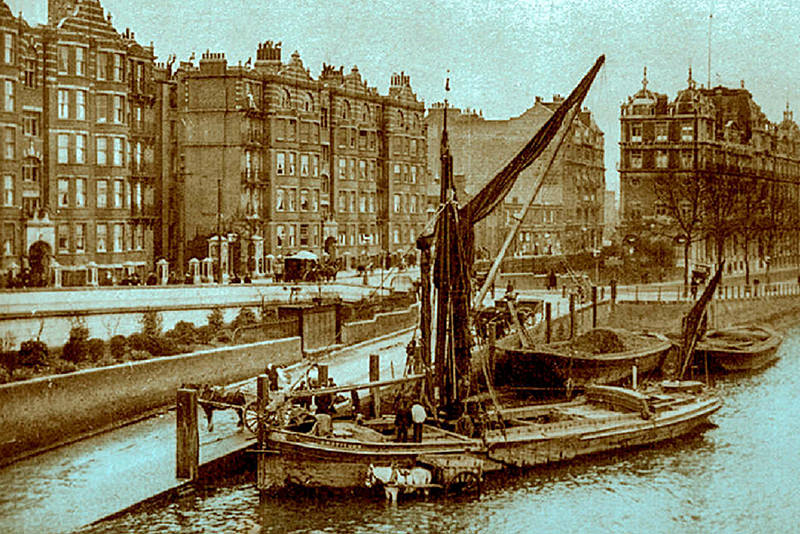 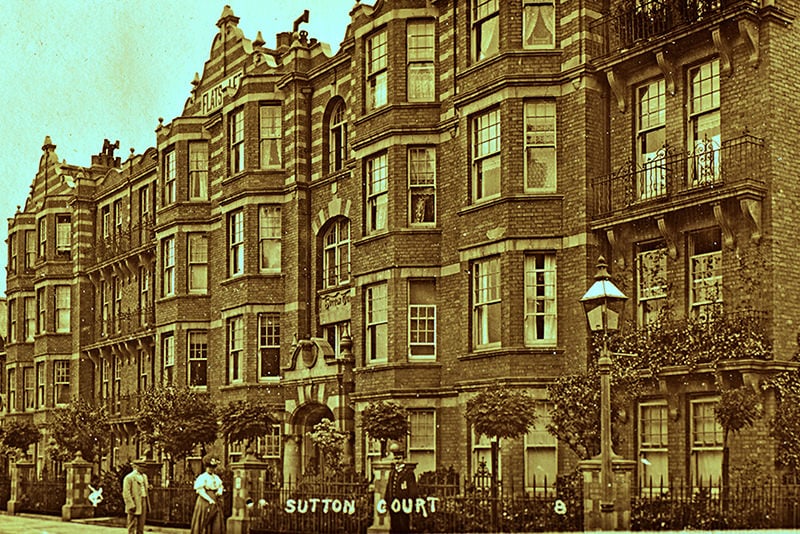 Enthusiastic fans race across Barnes Bridge at the end of the 1931 university boat race. Though the footway is now closed on boat race days, crowds still throng the river banks and rooftops just to catch a glimpse of the rival eights on their final lap. (©BritishPathe/ YouTube)
The widespread appeal, though at the time unexpected, now seems predictable. For developers, flats offered quicker returns than small houses. For residents – mainly drawn from the steadily emerging urban middle class – the in-vogue appartements à la française afforded economic but elegant city quarters with scenic views across parks, gardens or rivers, and all within a train’s ride of the capital’s thriving markets and glowing night lights (see The Mansion in ‘Mansions’). 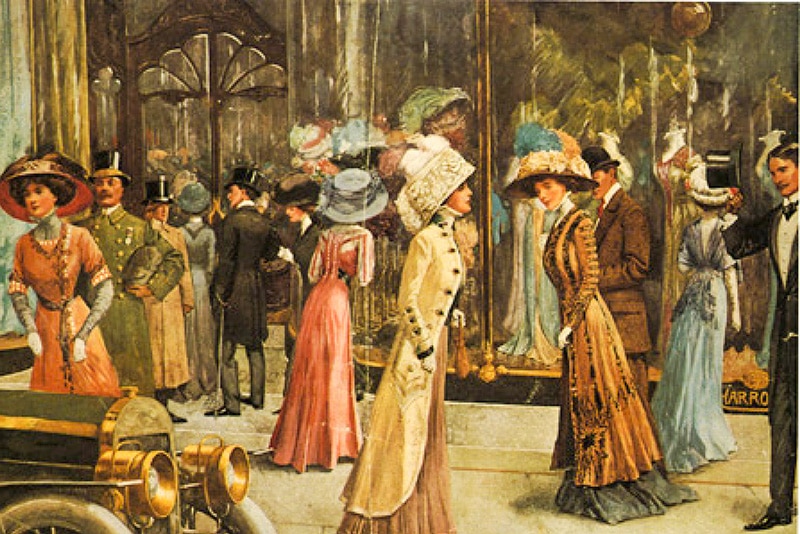 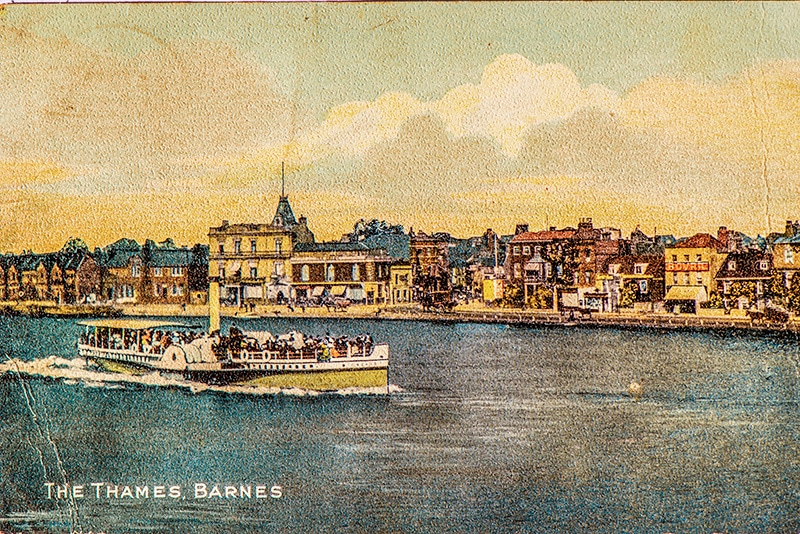 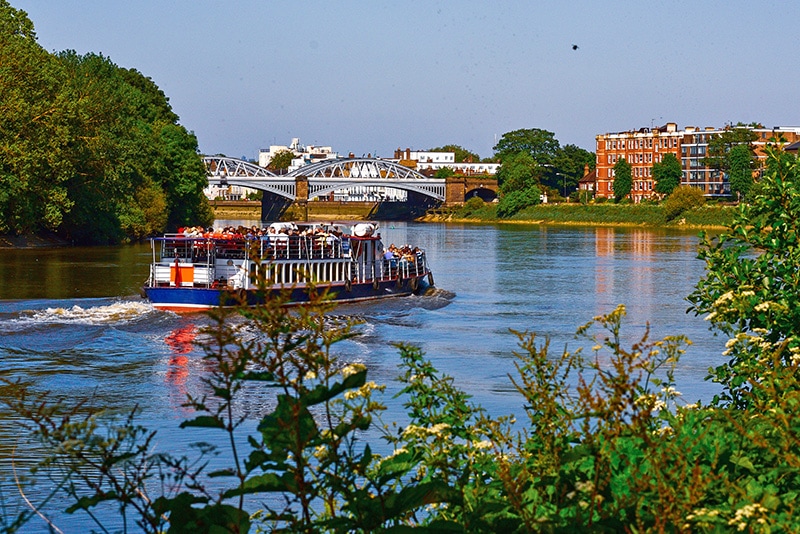 The charms of the city and its bright new stores, such as Harrods seen here in 1909, lay within easy reach by road and rail. The river itself offered a scenic route to the West End by paddle-steamer, a trip still taken today by motor cruiser. >>

http://www.panoramaofthethames.com
The early appeal has stood the test of time. Elm Bank Mansions has survived two world wars, rising river tides – and rising river walls – changing property and rental markets, shrinking leases and even the radical modernisations of the late 1960s. The key stages of its story are illustrated in the Picture Histories here, which include the block plans of 1906–07 (Designing Elm Bank, History in a Name, The Mansion in ‘Mansions’) and the census returns for 1911 (Residents, Then and Now). 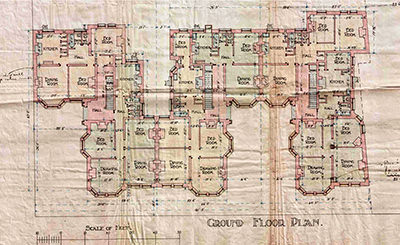 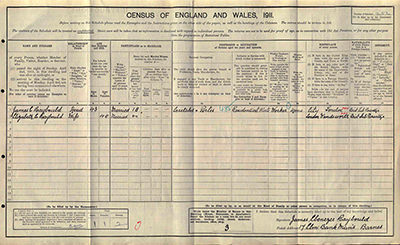 To find out, email belinda at editor@elmbankmansions.org. Unfortunately, four flats (21, 27, 32, 33) left no trace in either the 1911 census or the 1939 register. For more on early residents, see Residents, Then and Now…

At Elm Bank Mansions, thanks to Derek Coulthard for sharing recollections and records; at Kenilworth Court, Putney, thanks to ML and senior porter Adam for a tour of the interior.